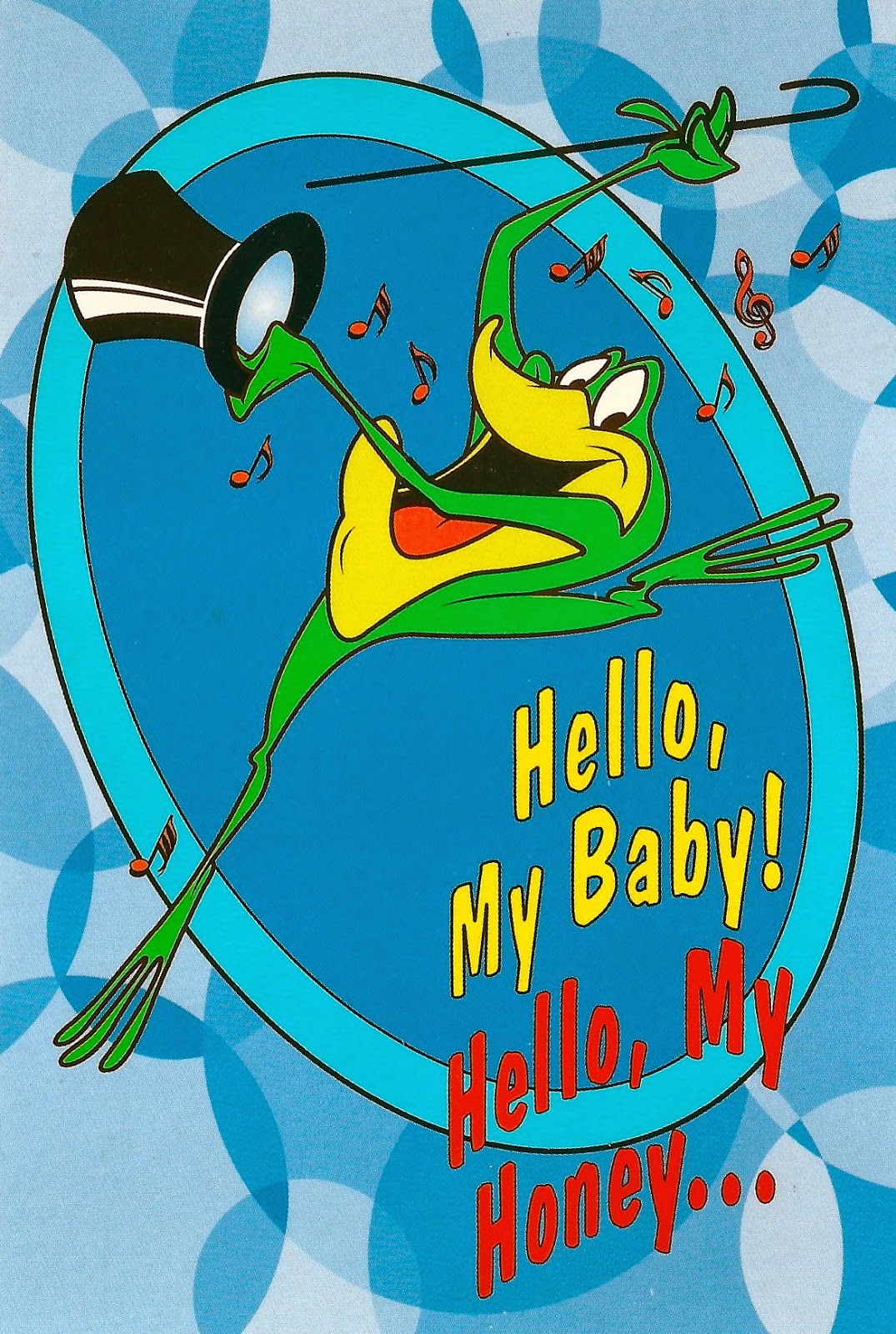 This singing frog is from Looney Tunes and was printed in 1999.

Steven Spielberg, in the PBS Chuck Jones biography Extremes & Inbetweens: A Life In Animation, called One Froggy Evening "the Citizen Kane of animated film." (Looney Tunes Golden Collection, Volume 5, Disc 2) In 1994 it was voted # 5 of the 50 Greatest Cartoons of all time by members of the animation field. In 2003 the United States Library of Congress deemed the film "culturally significant" and selected it for preservation in the National Film Registry.


You can watch the cartoon HERE.   It is just over six minutes long.