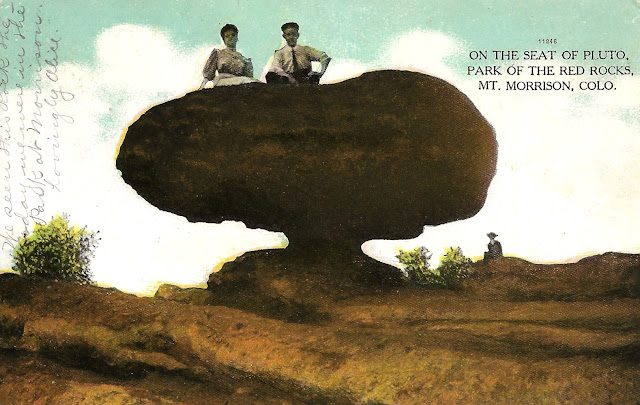 On the Seat of Pluto,
Park of the Red Rocks,
Mt. Morrison, Colorado

The sender writes:
We seen this rock the day we were in the park at Morrison.
Lovingly Alice

This postcard is postmarked in 1909.

Red Rocks Park is owned and maintained by the city of Denver as part of the Denver Mountain Parks system. The park is known for its very large red sandstone rock formations.

Red Rocks Park was the site of the Start and Finish line of The Amazing Race 9 which aired in the spring of 2006. 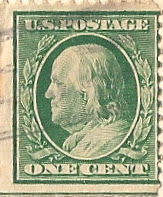