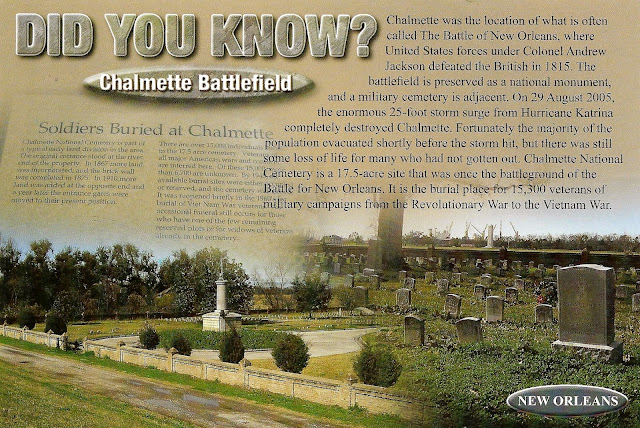 Chalmette was the location of what is often called The Battle of New Orleans, where United States forces under Colonel Andrew Jackson defeated the British in 1815.  The battlefield is preserved as a national monument, and a military cemetery is adjacent.  On 29 August 2005, the enormous 25-foot storm surge from Hurricane Katrina completely destroyed Chalmette.  Fortunately the majority of the population evacuated shortly before the storm hit, but there was still some loss of life for many who had not gotten out.  Chalmette National Cemetery is a 17.5-acre site that was once the battleground of the Battle for New Orleans.  It is the burial place for 15,300 veterans of military campaigns from the Revolutionary War to the Vietnam War. 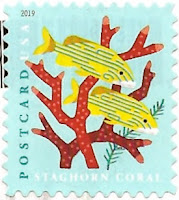