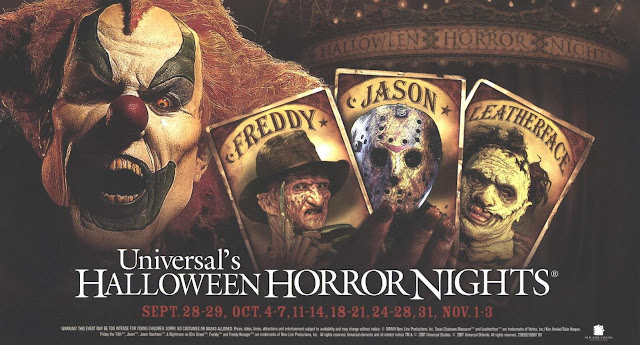 Come back for the Final Weekend and Enjoy Exclusive Passholder Pricing!

Postmarked in 2007 with Presorted machine stamp

8 ALL NEW TERRIFYING HAUNTED HOUSES
Dare to experience the most FRIGHTENING haunted houses ever created for Halloween Horror Nights based on the popular films Friday The 13th, A Nightmare On Elm Street, The Texas Chainsaw Massacre, The Thing, Dead Silence and some of the most CHILLING houses from horror nights past.

4 ALL NEW INCREDIBLE SHOWS
Including the ever popular Bill & Ted's Excellent Halloween Adventure - and hundreds of horrific "scare-actors."

MIDWAY OF THE BIZARRE
Ringmaster Jack transforms the streets of Halloween Horror Nights into a spine-tingling, multi-sensory spectacle! See such sinister sideshows as the Rat Lady, the Chainsaw Drill Team, Motormaniacs, Killer Carnies, and the Troupe Macabre!
No comments: 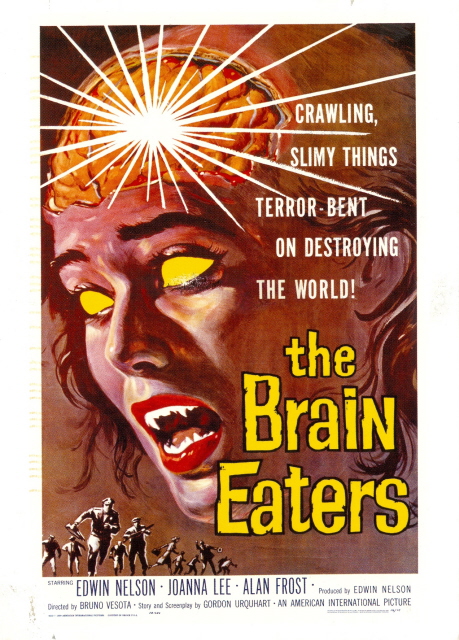 Story and Screenplay by:
Gordon Urquhart

postmarked in 2008 with a 29 cent 'Norman Rockwell' stamp

Strange things are happening in Riverdale, Illinois. A huge, seemingly alien structure has been found jutting out of the earth. Sent to investigate the origin of the mysterious object, Senator Walter Powers discovers that parasites from the center of the earth have infiltrated the town, taking control of the authorities and workers, making communication with the outside world impossible, and leaving the responsibility of stopping the invasion up to Powers and a small group of free individuals.

Email ThisBlogThis!Share to TwitterShare to FacebookShare to Pinterest
Labels: Movies 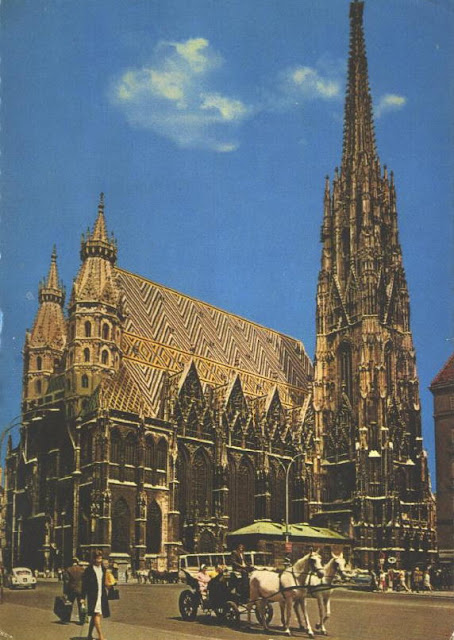 The Architecture on this old church is amazing!
No comments:


The Garden of Prayer

There is a place
Our God creates -
A wondrous Garden of Prayer.

And there He'll wait
Beside the gate
For those who'll meet Him there.

Perhaps in a garden we are closer to our creator. We certainly are more close to His creation. My prayer is that this painted garden will be a meeting place for many that would speak to their God in the silence of morning. Or the silence of evening. Or any time in between. In our imagination we might picture his presence at our side. Or is it just imagination? Do we see in the distance a gentle visitor approaching the gate?
- Thomas Kinkade

This postcard is unused, but from 1997

You can't realy see it too good, but you can see Jesus down the path!
No comments:

Email ThisBlogThis!Share to TwitterShare to FacebookShare to Pinterest
Labels: Art 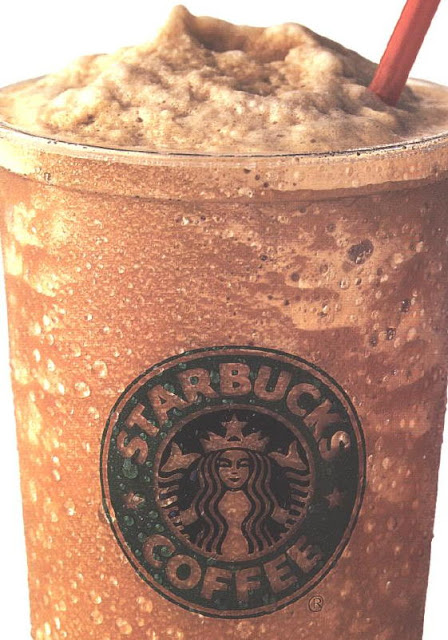 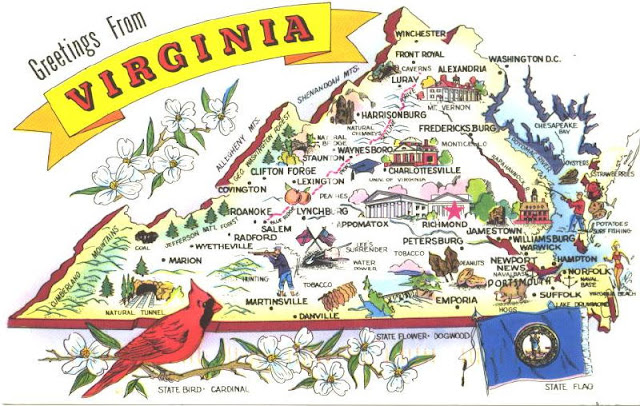 Greetings From Virginia
Site of the first English settlement in the New World at Jamestown in 1607. Home of Presidents Washington, Jefferson, Monroe, Madison, Tyler, Harrison and Wilson. Capital of the Confederate States during the Civil War and site of more than half the battles of that war. From Atlantic beaches to Appalachian mountains, a wonderful state to visit
postmarked in 1994 with US 19 cent balloon stamp.

I have a 1950's postcard from Myrtle Beach and the sender writes on it:
This is a nice beach, but don't change your plans, Virginia Beach is nicer. 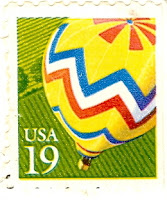 Email ThisBlogThis!Share to TwitterShare to FacebookShare to Pinterest
Labels: Greetings From, Maps, Virginia 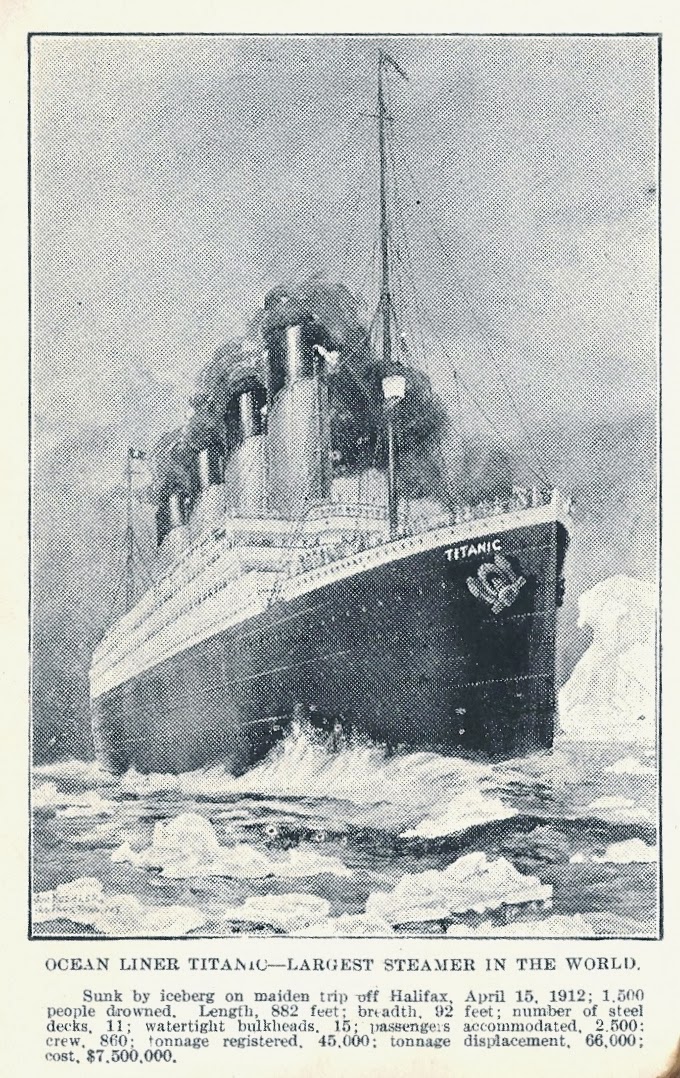 This postcard is from 1912 and is unused.
No comments:

Email ThisBlogThis!Share to TwitterShare to FacebookShare to Pinterest
Labels: Black and White, Titanic

Snail in the Rain 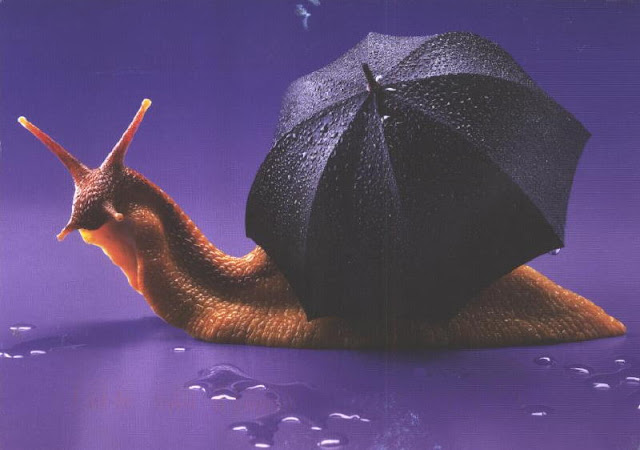 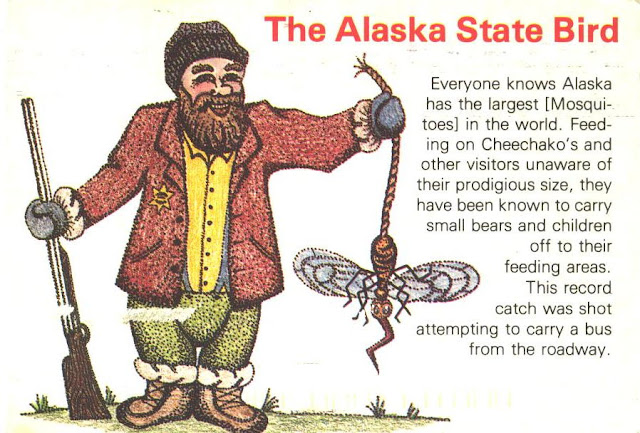 Everyone knows Alaska has the largest (Mosquitoes) in the world. Feeding on Cheechako's and other visitors unaware of their prodigious size, they have been known to carry small bears and children off to their feeding areas. This record catch was shot attempting to carry a bus from the roadway. -

I love this "alaska joe" original postcard!! too funny!

postmarked with 41 cent 'Aurora Australis' stamp in 2007
No comments: 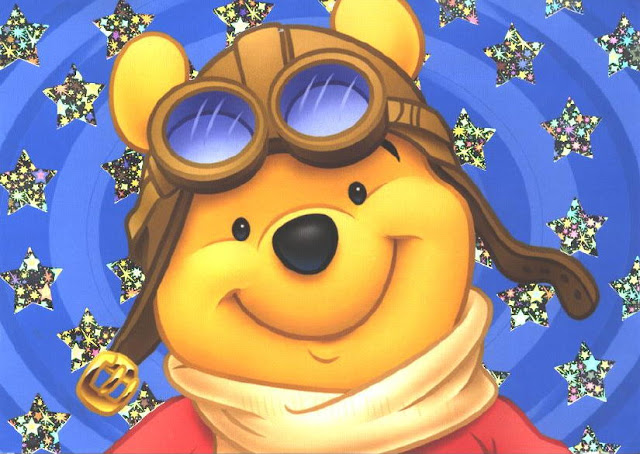 Based on the "Winnie the Pooh" works, by A.A. Milne and E.H. Shepard - I love how bright and cheery most Disney postcards are.  Click on the Disney tag on the right to see more  :D

postmarked from Finland in 2007 with Finland flower stamp
1 comment: 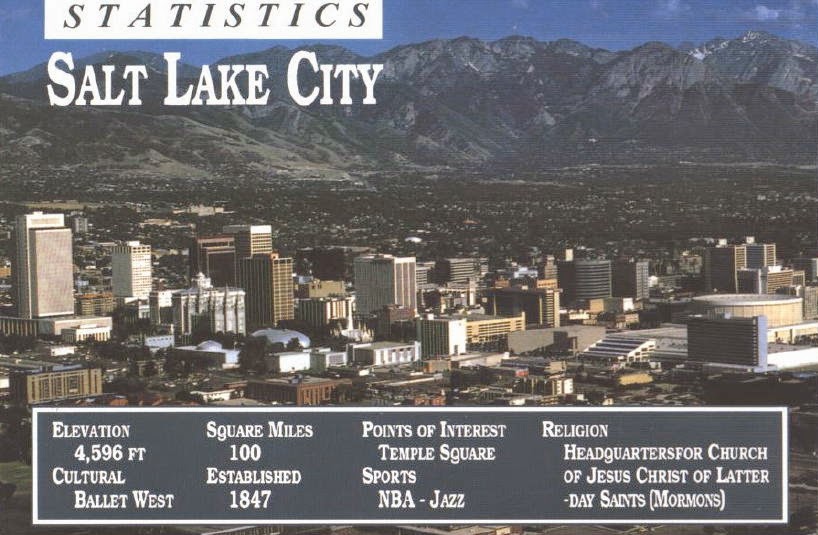 This aerial view of downtown Salt Lake City, Utah shows many of the important buildings located in this area.  The magnificent 12,000 foot Wasatch Mountain range rises in the background.

This postcard is postmarked in 1992.

The Red-eyed Tree-frog is one of Australia's most colourful frogs. It is rarely seen as it lives high in the canopy of eastern coastal wet forests, but after rain hundreds of males come to the ground and call to females to breed.
postmarked in 2007 with Australia 'common wombat' $1.25 stamp
No comments:


The 3-D art of Charles Fazzino - 35 years of Holiday magic - Signed and Numbered in Limited Edition - Wentowrth Gallery cordially invited you to meet the world-renowned artist Charles Fazzino, known for his 3-Dimensional Works of Art. -
has the machine, presorted stamp, but not addressed. - 2006

His work is AMAZING! Lots of fun to look at ;-)

Eruption of Volcano in Hawaii 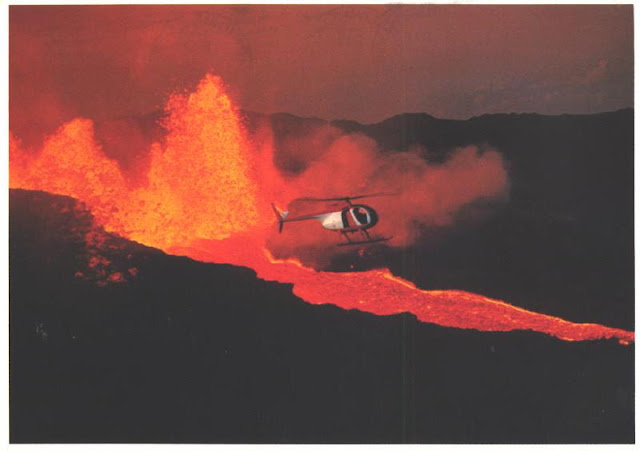 This spectacular shot of a sightseeing helicopter hovering over an eruption of Kilauea Volcano on the Big Island of Hawaii is a very rare photo. - Photo: Randy Hufford - the card reads: "Dear Mr. Cote, We received your inquiry regarding the postcard order for Mr. -----. The order was sent via air parcel post on 2/16/86." - machine stamped and dated from Honolulu, HI on March 21, 1986
1 comment: 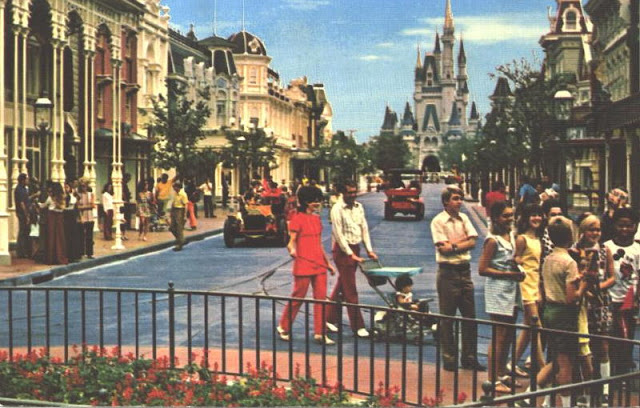 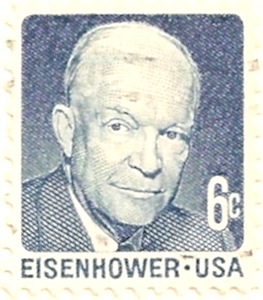 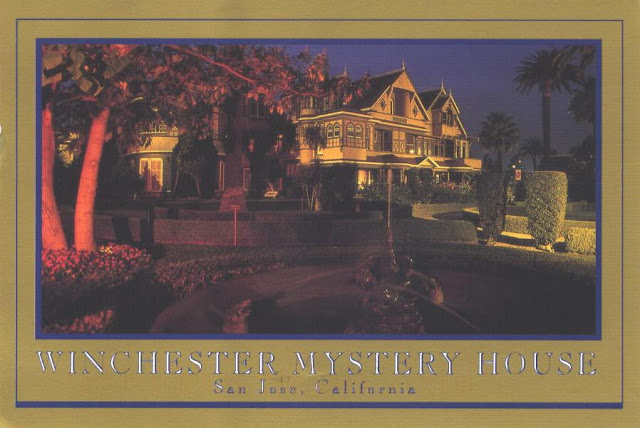 From the Winchester Mystery House website....
Tour through 110 of the 160 rooms and look for the bizarre phenomena that gave the mansion its name; a window built into the floor, staircases leading to nowhere, a chimney that rises four floors, doors that open onto blank walls, and upside down posts! No one has been able to explain the mysteries that exist within the Winchester Mansion, or why Sarah Winchester kept the carpenters' hammers pounding 24 hours a day for 38 years. It is believed that after the untimely deaths of her baby daughter and husband, son of the Winchester Rifle manufacturer, Mrs. Winchester was convinced by a medium that continuous building would appease the evil spirits of those killed by the famous "Gun that Won the West" and help her attain eternal life. Certainly her $20,000,000 inheritance was sufficient to support her obsession until her death at 82!
No comments:

Email ThisBlogThis!Share to TwitterShare to FacebookShare to Pinterest
Labels: California 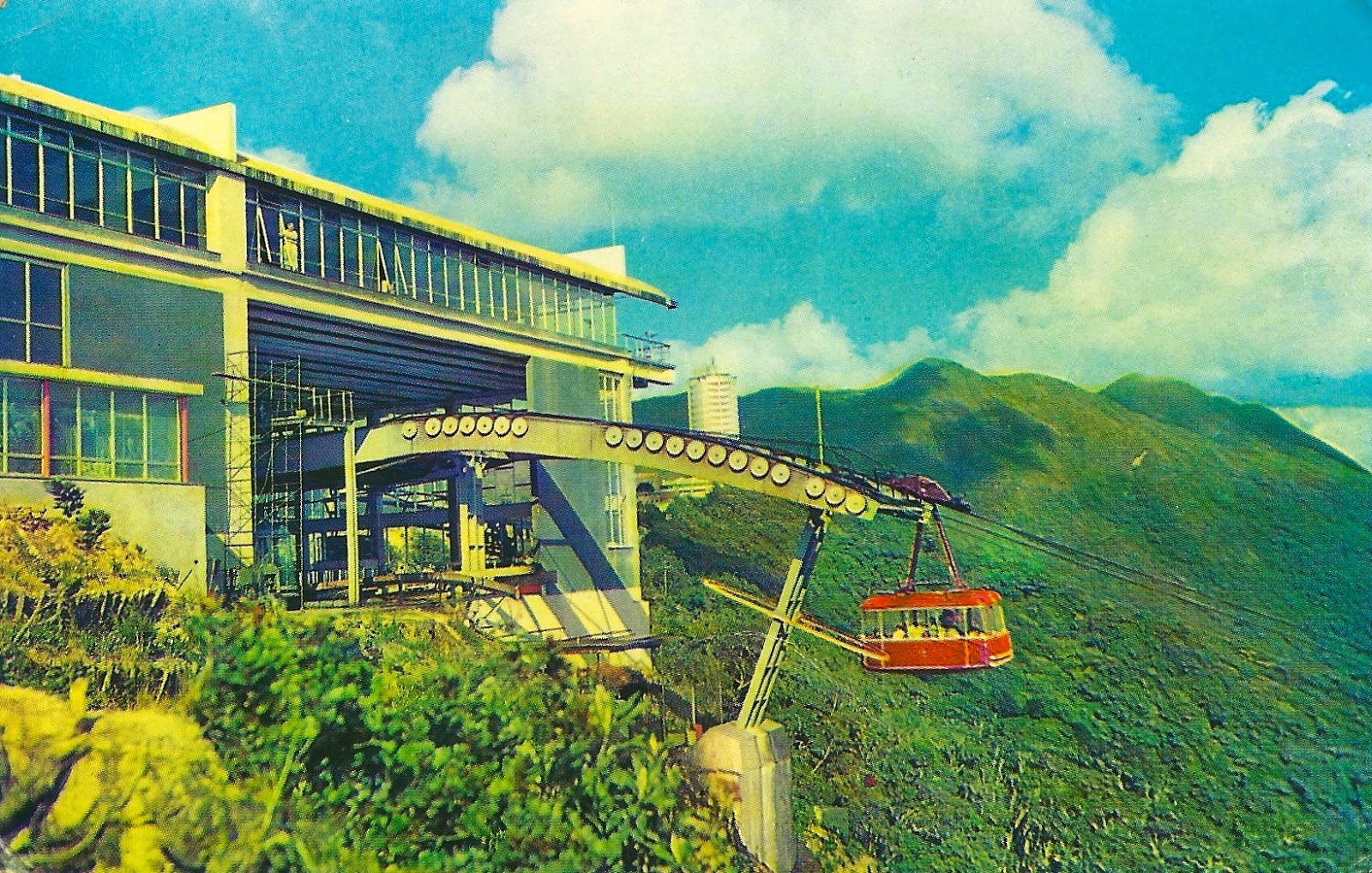 This is postmarked in 1970 with a Venezuela stamp. 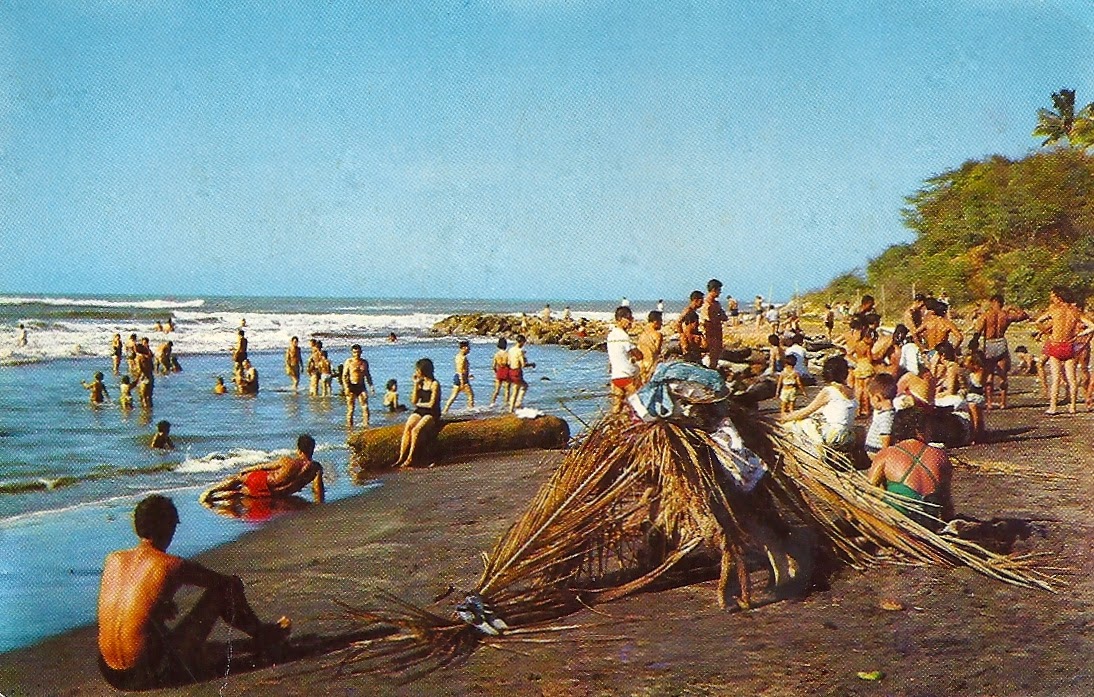 Barranquilla - Colombia
Balneario Prado Mar en Puerto Colombia
(I think the translation is something like, washing (or taking a spa) in Prado Sea at Port Colombia)

This is postmarked in 1964 with a machine stamp from Colombia.
No comments: