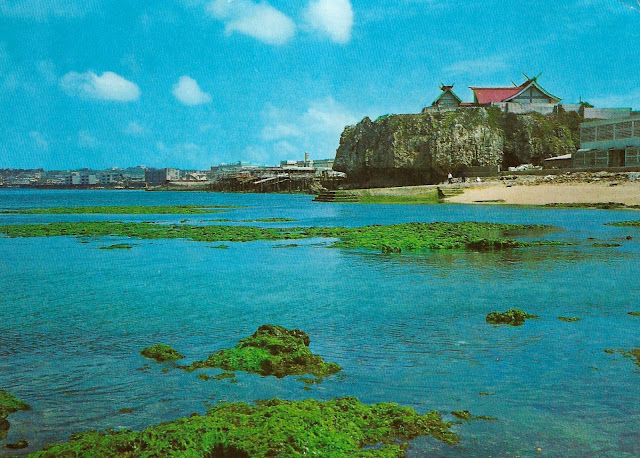 Namino - Ue Shrine
The shrine is only one government managed shrine and the annual festival is held on the 17 May.  Evening view is wonderful from its garden which is the best place for rambling.

This is postmarked from Ryukyu in 1971.

Naminoue Shrine, literally "Above the Waves Shrine", is a Shinto shrine in Naha, Okinawa, Japan. It sits atop a high bluff, overlooking Naminoue Beach and the ocean.

The Ryukyu Islands, more commonly known in Japanese as the Nansei Islands, are a chain of Japanese Islands.  The largest of the islands is Okinawa. 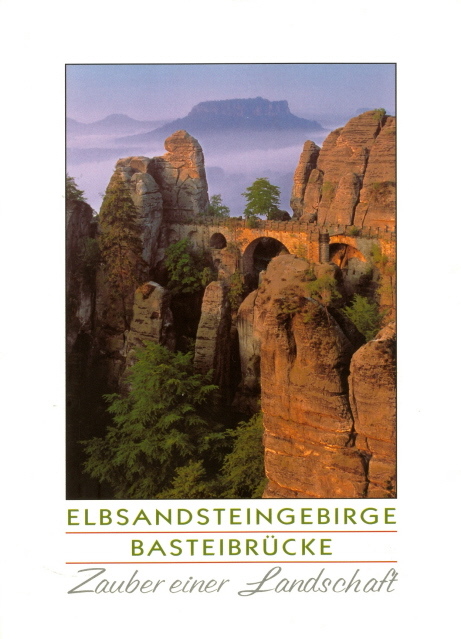 This is postmarked in 2009 from Germany with two stamps.

The Bastei is a rock formation towering 194 metres above the Elbe River in the Elbe Sandstone Mountains of Germany. Reaching a height of 305 metres above sea level, the jagged rocks of the Bastei were formed by water erosion.

The Bastei has been a tourist attraction for over 200 years. In 1824, a wooden bridge was constructed to link several rocks for the visitors. This bridge was replaced in 1851 by the present Bastei Bridge made of sandstone. 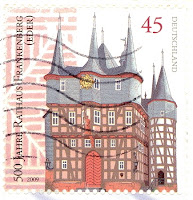 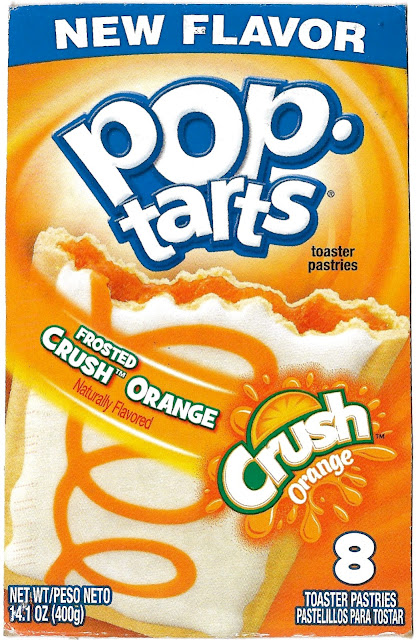 This is a handmade postcard.  The front of the box was cut off, stamped and mailed in 2016. 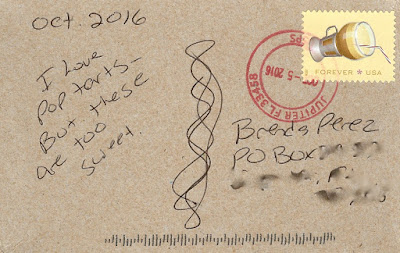 The Best of Tchaikovsky 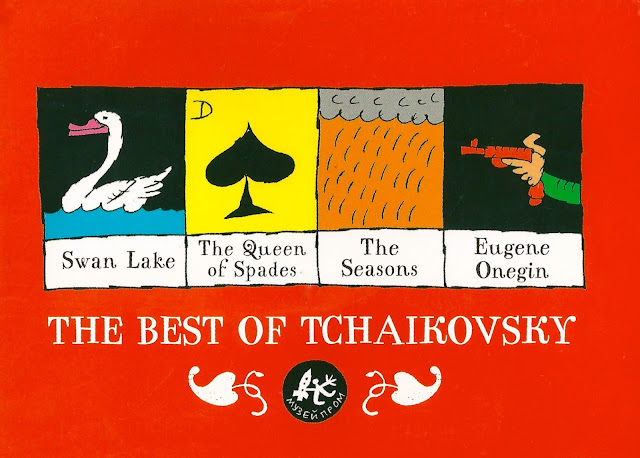 This postcard is postmarked in 2016 with three stamps from Russia.

Pyotr Ilyich Tchaikovsky (7 May 1840 – 6 November 1893) was was the first Russian composer whose music made a lasting impression internationally, bolstered by his appearances as a guest conductor in Europe and the United States. 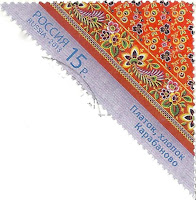 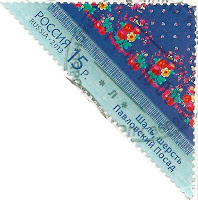 Email ThisBlogThis!Share to TwitterShare to FacebookShare to Pinterest
Labels: Music 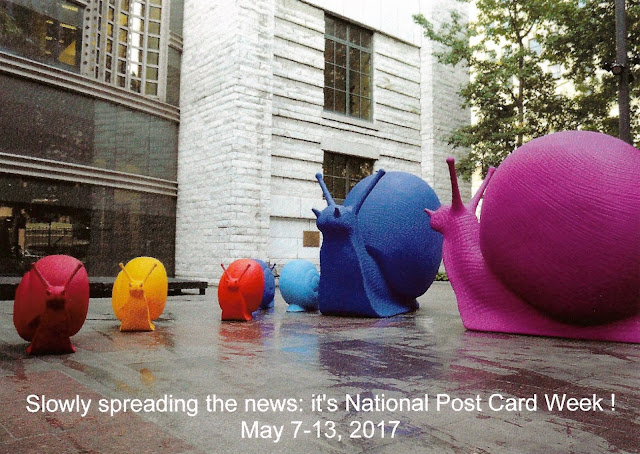 I took this photo September 2016 at the Cleveland (Ohio) Public Library during the art installation "Flock," by CrackingArt, a group from Milan Italy.  There were over 300 recyclable plastic animal figures all over downtown.  I loved the snails!

This unused postcard is number 42 in a limited of 100.  It is from Christina Getrost.
No comments: