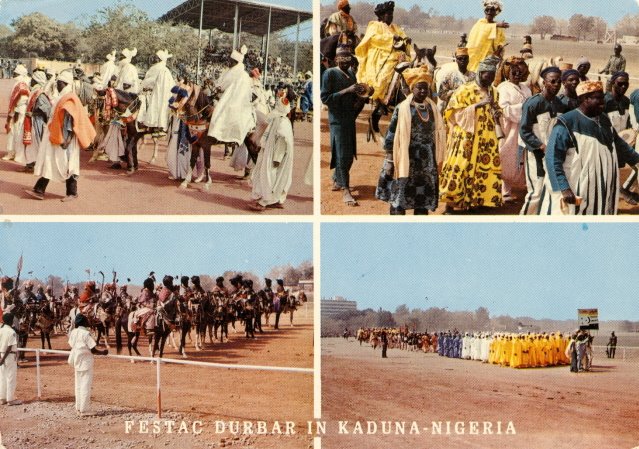 postmarked in 1977 with a 10k Cheetah stamp from Nigeria 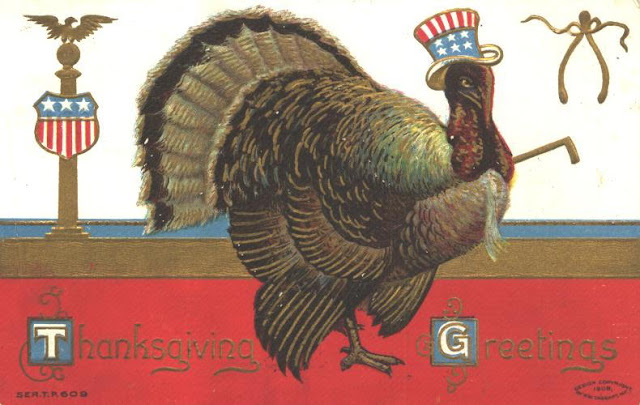 postmarked in 1910 with one cent stamp 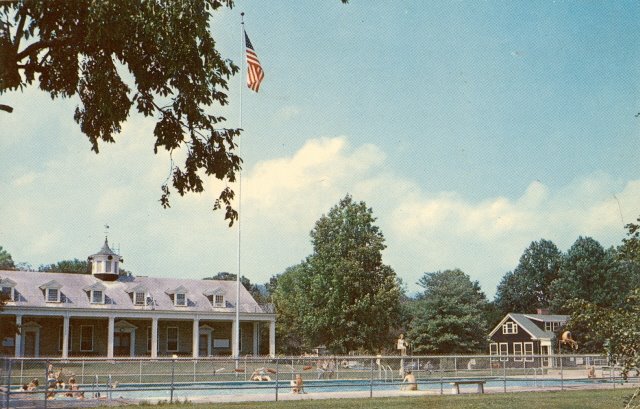 Swimming pools and dining hall at Jackson Mills State 4-H Camp. The 4-H Camp is built on the farm which was the Boyhood Home of Stonewall Jackson, Confederate military genius.

I am in camp at Jackson's Mill taking First Aid during 4-H Leadership Conference. I will be an instructor and qualified to teach and issue certificates if I pass.
Having an enjoyable week and the food is wonderful. Activities are numerous but do not have much time to participate in recreation as this course is lengthy.

on a side note:
the 4 H's stand for
Head, Heart, Hands, and Health.

Donald Duck in the rain 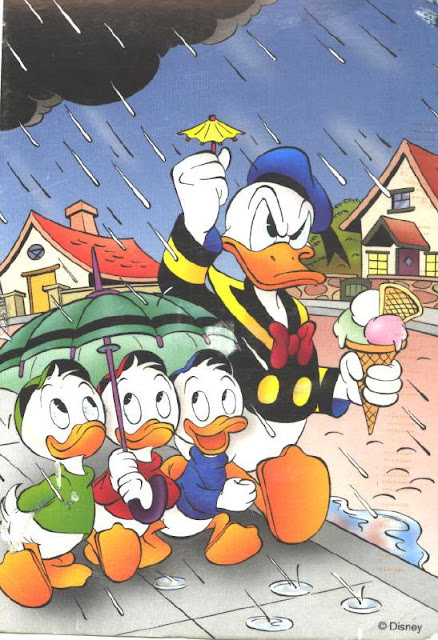 Donald Duck is a cartoon character from The Walt Disney Company. He usually wears a sailor shirt, cap, and a red or black bow tie, but no pants (except when he goes swimming). Donald's most famous trait is his easily provoked and occasionally explosive temper.

According to the Disney canon, particularly in the 1942 short Donald Gets Drafted, Donald's full name is Donald Fauntleroy Duck. Donald's birthday is officially recognized as June 9, 1934, the day his debut film, The Wise Little Hen, was released. However, in The Three Caballeros (1944), his birthday is given as simply "Friday the 13th", which is in reference to the bad luck he experiences in almost all his cartoon appearances. Donald's Happy Birthday (short) gives his birthday as 13 March.

Donald's voice, one of the most identifiable voices in all of animation, was performed by voice actor Clarence "Ducky" Nash up to 1983. It was largely this semi-intelligible speech that would cement Donald's image into audiences' minds and help fuel both Donald's and Nash's rise to stardom. Since 1985, Donald has been voiced by Tony Anselmo, who was trained by Nash for the role. 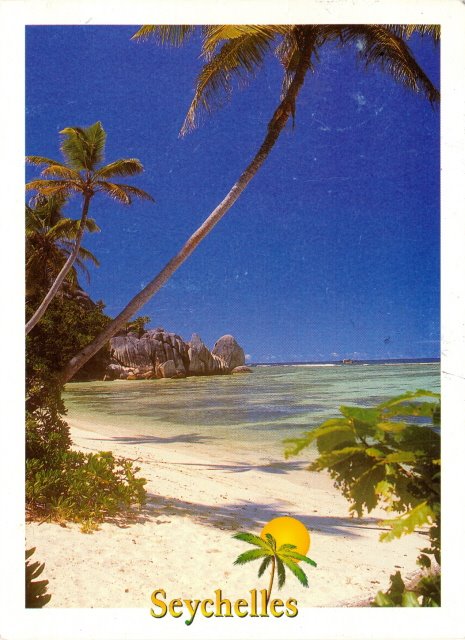 they say this beach got this name maybe because on a sunny day the water
shines... kinda.

postmarked in 2008 with a Seychelles, 2008 Olympics stamp

From Wikipedia:
Seychelles, officially the Republic of Seychelles, is an archipelago nation of 115 islands in the Indian Ocean, some 1,500 kilometres (930 mi) east of mainland Africa, northeast of the island of Madagascar. Other nearby island countries and territories include Zanzibar to the west, Mauritius and Réunion to the south, Comoros and Mayotte to the southwest, and the Suvadives of the Maldives to the northeast. Seychelles has the smallest population of any other state of the African continent.

The number of islands in the archipelago is often given as 115 but the Constitution of the Republic of Seychelles lists 155.

The Seychelles president, who is both head of state and head of government, is elected by popular vote for a five-year term of office. 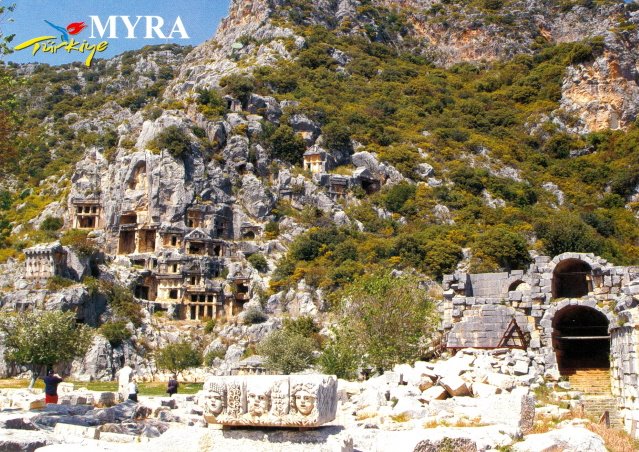 the sender writes, 'These rock tombs are in Myra, in Antalya, which are built in Lycia time.'

postmarked in 2008 with a Turkiey Cumhuriyet! stamp


Demre (Myra) Antalya : Demre was one of the most important cities of the Lycian civilisation. Demre was a place of settlement from the 5th century BC. Rock tombs, theatres and the Church of St. Nicholas (said to be the original Santa Claus) are the most interesting sites in the town today.

Antalya is a city on the Mediterranean coast of southwestern Turkey. It is the capital city of Antalya Province.
It is unknown when the site of the future city was first inhabited. Excavations in 2008 in the Doğu Garajı district of Antalya have uncovered remains dating to the third century, B.C, suggesting that the city was founded earlier. Later Antalya became part of the Roman Republic in 133 BC when King Attalos III of Pergamum willed his kingdom to Rome at his death and the city grew and prospered in the Ancient Roman period. Christianity started to spread in the region after 2nd century. Antalya was visited by Paul of Tarsus, as recorded in the Acts of the Apostles (Acts 14:25-26), (wherein Antalya is referred to as Attalia). St. Paul and St. Barnabas went to Antalya and sailed from there to Antioch after preaching in Pisidia and Pamphylia.

Email ThisBlogThis!Share to TwitterShare to FacebookShare to Pinterest
Labels: Turkey

El Mexicano - Day of the Dead

postmarked in 2008 with 3 Brazil stamps

from Wikipedia:
The Day of the Dead (Día de los Muertos in Spanish) is a holiday celebrated mainly in Mexico and by people of Mexican heritage (and others) living in the United States and Canada. The holiday focuses on gatherings of family and friends to pray for and remember friends and relatives who have died. The celebration occurs on the 1st and 2nd of November, in connection with the Catholic holy days of All Saints' Day and All Souls' Day which take place on those days. Traditions include building private altars honoring the deceased, using sugar skulls, marigolds, and the favorite foods and beverages of the departed, and visiting graves with these as gifts.

Scholars trace the origins of the modern holiday to indigenous observances dating back thousands of years, and to an Aztec festival dedicated to a goddess called Mictecacihuatl (known in English as "The Lady of the Dead").

Similar holidays are celebrated in many parts of the world; for example, it is a public holiday in Brazil, where many Brazilians celebrate by visiting cemeteries and churches. In Spain, there are festivals and parades, and at the end of the day, people gather at cemeteries and pray to their loved ones who have died. Similar observances occur elsewhere in Europe and in the Philippines, and similarly-themed celebrations appear in many Asian and African cultures. 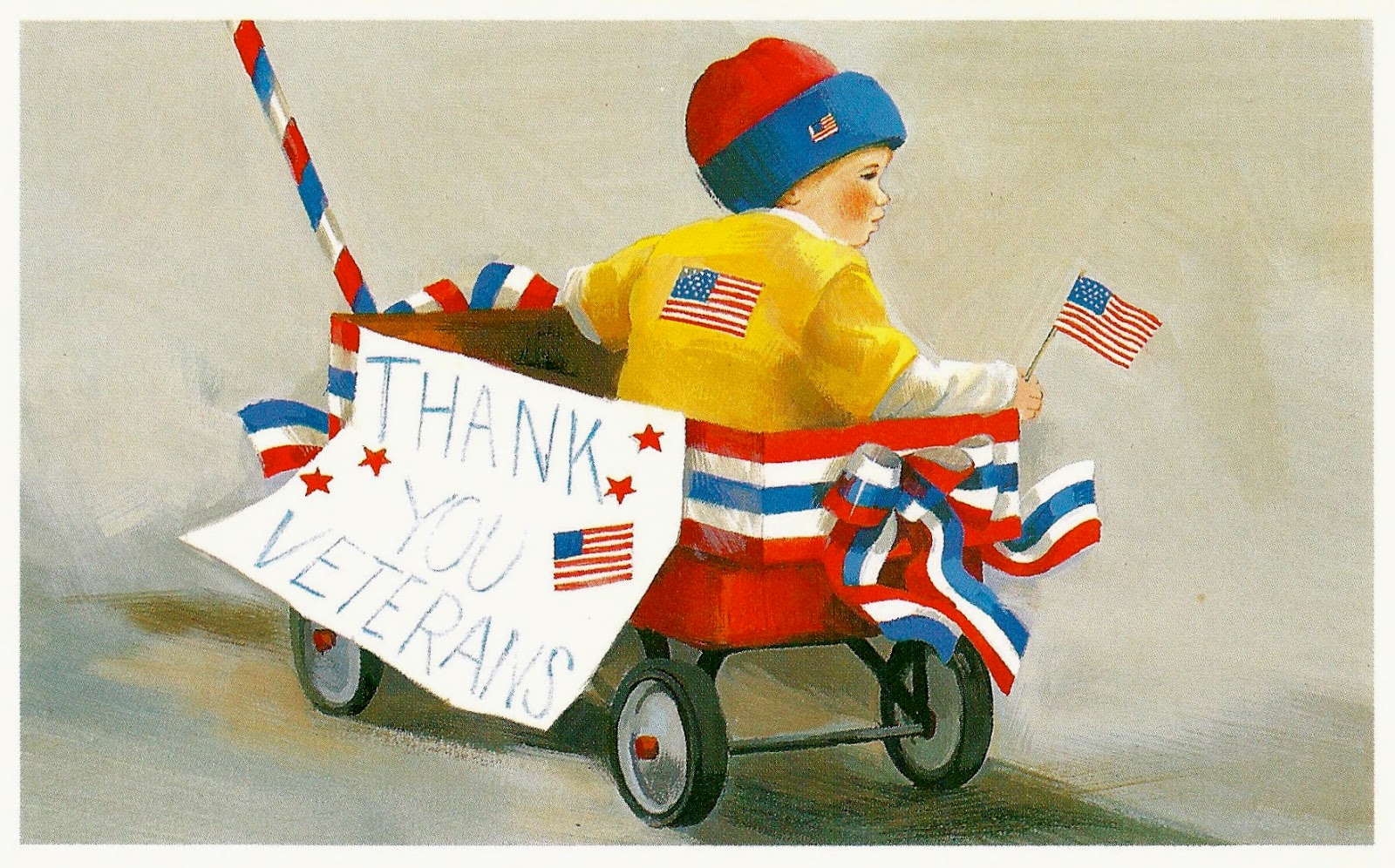 The Parliament Building in Yerevan, Armenia 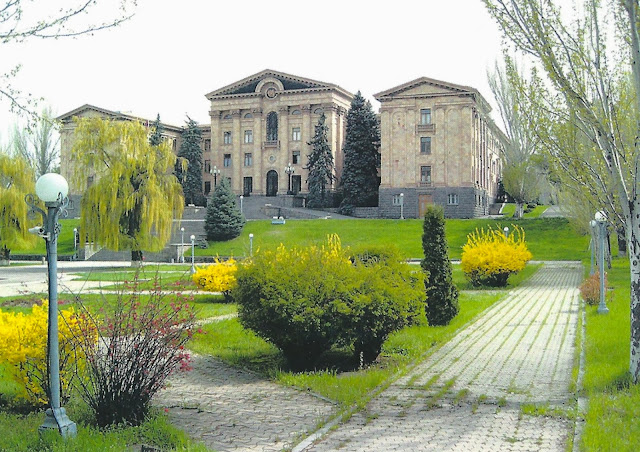 Armenia
The World in Colours

This postcard is unused.
No comments:

Email ThisBlogThis!Share to TwitterShare to FacebookShare to Pinterest
Labels: Armenia 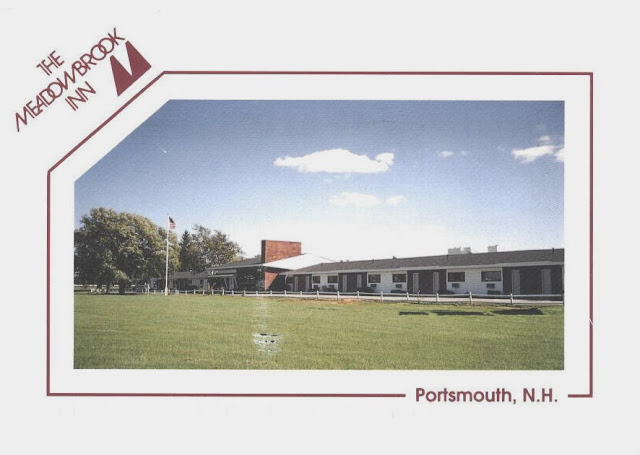 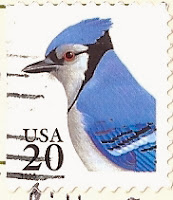 
A winning image from the Shell Wildlife Photographer of the Year Competition 2006 owned by the Natural History Museum, London, and BBC Wildlife Magazine, and sponsored by Shell.

Moon crow
Serkan Gunes (Turkey/Sweden)
Eric Hosking Award
When Serkan finished photographing a particularly beautiful sunset from his backyard, he suddenly realised a full moon was rising. 'I already had plenty of classic moon shots,' he says, 'and wanted to make a different picture by having something in front of the moon'. Packing up 30 kilogrammes of photographic equipment, he strode off into the woods to where he knew hooded crows would be roosting. 'There were dozens around in the trees, but none on the right branch. Suddenly this individual obligingly landed just in front of the moon. Serkan had time to take only two pictures - one focused on the moon and the other on the bird (which he like best) - before it flew off. 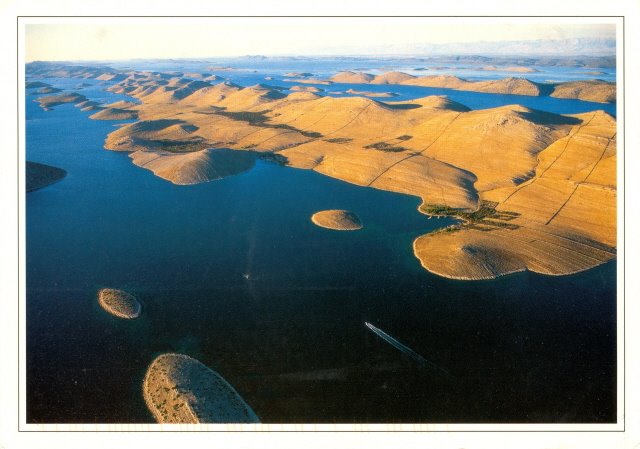 the sender writes, 'This postcard is from the seaside (region Dalmatia). This looks like dunes, and is a National Park, "Kornati Islands". It is a phenomenon because it is the densest archipelago in the Mediterranean.

some additional information:
KORNATI ISLANDS is a group of about 130 islands, islets and reefs sprinkled in the deep blue sea of the Adriatic covering an area of about 64 sq km. The Kornati archipelago is in Dalmatia, a coastal region of Croatia just across the cities of Zadar and Sibenik. The largest island is Kornat from which the archipelago takes its name. Apart from a tiny area of cultivated land with fig trees, olives and vineyards, Kornati islands are rocky, covered with thin grass, rare trees and Mediterranean scrubs. The Kornati have no permanent inhabitants, although the present owners from nearby larger Dalmatian islands periodically visit Kornati to tend their vineyards and olive groves, bringing their sheep to graze. The sea around the islands is rich with fish and a variety of marine life.

The islands have no spring water, only rainwater collected in waterholes. The unique feature of the islands lies in their rugged shores with many caves and coves. The landscape of chalk limestone is covered with bushes of rosemary, juniper, lavender, thyme, myrtle and sage. 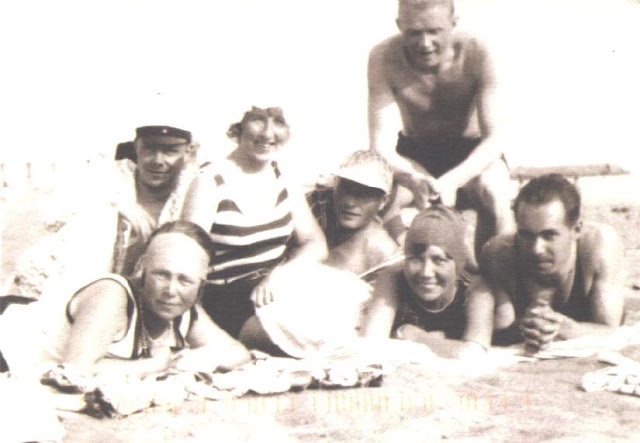 the sender writes, " On this postcard you can see people enjoying the sun on the sandy beaches of Terijoki in 1929, a long time ago. That place Terijoki is on the Karelian Isthmus between the Gulf of Finland and the Lake Ladoga, near St Petersburg. In 1929 the Karelian Isthmus still belonged to Finland, but from 1944 onwards (after the war) it has belonged to the Soviet Union and later Russia. The Finnish name Terijoki has been changed to the Russian name Zelenogorsk. My grandparents from my mothers side were originally from the Karelian Isthmus, so I tend to get a bit nostalgic over all things "Isthmus". 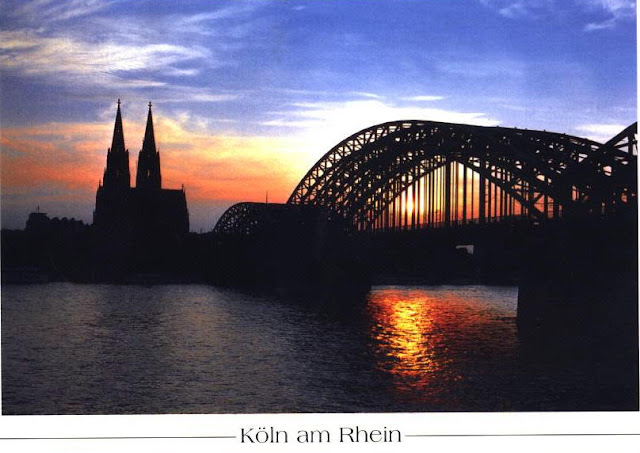 mailed 11-2006 with a yellow Deutschland stamp

not on postcard, but some information:
Koln - (Cologne) - is Germany's fourth-largest city after Berlin, Hamburg and Munich, and is the largest city both in the German Federal State of North Rhine-Westphalia and within the Rhine-Ruhr Metropolitan Area, one of the major European metropolitan areas with more than ten million inhabitants. It is one of the oldest cities in Germany, having been founded by the Romans in the year 38 BC. Cologne was granted the status of a Roman "city" in the year 50 AD.