The Executive Mansion in Monrovia, Liberia 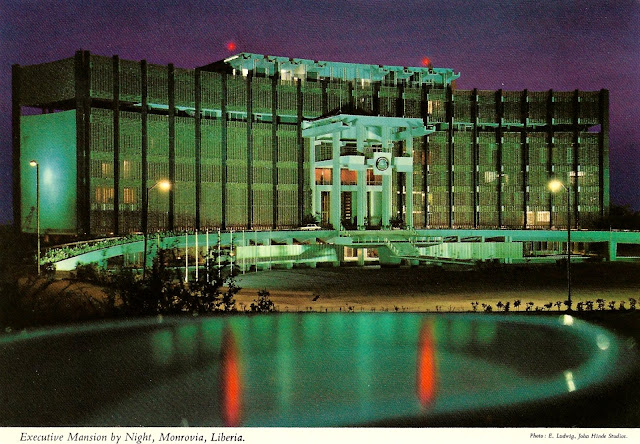 Monrovia: The Executive Mansion was completed in 1964 and is one of the most impressive buildings in Monrovia.

I tried to find on the internet if this building was still up.  I read on one site that it was gutted by fire on July 26, 2006.  Another site said it was now only used by squatters.